3 Out of 3 Reviewers Agree

Posted on February 17, 2014 by Susie Finkbeiner 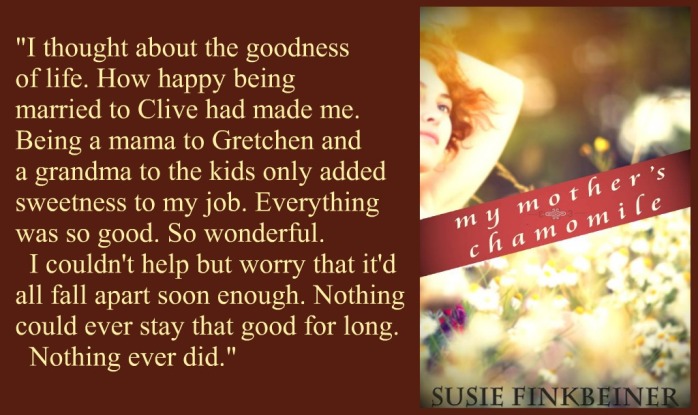 I read some of my reviews. I know I probably shouldn’t. That mature writers most likely ignore them. But I’m not sure that I’m all that mature. So, I read them.

My Mother’s Chamomile has garnered a few so far. Just 3 between Goodreads and Amazon.

Did you happen to know, that’s the very best good thing anyone could ever say about my writing?

← Love and Hairy Backs
10 things to like about this horrible, neverending winter →