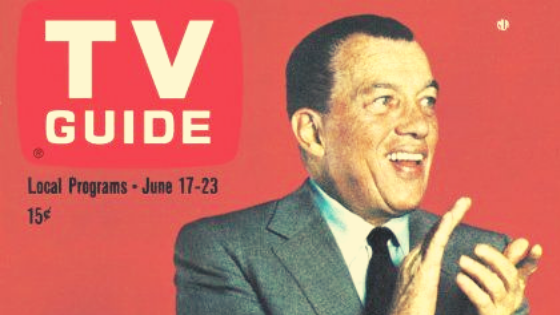 The 1960s was a great decade for television. People enjoyed many (MANY) hours around the tube watching variety shows, comedies, and dramas. But it wasn’t just an era of entertaining TV, there was a whole lot of groundbreaking.

Today I’m highlighting five shows that took some risks, changed things up, and made a big impact on society.

From the hindsight of one living in 2019, it would be easy to see I Spy as just a fun secret agent show with lots of action, intrigue, and a couple of well cast stars. But, this show was actually a trailblazer as it cast a black man (Bill Cosby) as one of the lead characters. This was completely unheard of previously and set a precedent for other shows that followed.

Okay. I cheated a tiny bit, including a series that premiered in the 50s. But The Twilight Zone was such an innovative, unpredictable, out of the box show that I would be sad not to include it. I’ve been working my way through the original series on Netflix and have found myself thoroughly creeped out by a few of the storylines. This concept has been echoed in shows like Black Mirror. There’s also a reboot of The Twilight Zone coming our way soon.

To the casual viewer (particularly one born after the 1960s), The Dick Van Dyke Show might look like the average family sit com. But, really, there was a lot more to it. For one, Rob Petrie (played by Van Dyke) was a writer for a television variety show, which gave viewers a behind the curtains view of the makings of a TV show. Also, Laura Petrie (played by Mary Tyler Moore) was not a Donna Reed type of television wife. She wore capri pants (which was a HUGE deal, people), expected her husband to help out around the house, and kept him in line (rather than the other way around).

In what was perhaps their most groundbreaking episode, “That’s My Boy??”, Rob and Laura bring home their newborn baby. Rob is convinced that the child isn’t his. After looking into things, the Petries figure out that their baby got switched for the Peters family’s baby. Rob invites the Peters over to swap babies, only to find that the Peters couple are black.

That episode almost was never filmed because producers thought it would be too controversial in light of Civil Rights. But, after Carl Reiner (one of the show’s writers) insisted, it was filmed in front of a studio audience. The moment when Van Dyke’s character opens the door to the Peters is an iconic moment in television history. Not to mention, it’s comedy gold.

Another cheat. It’s all right, though, because The Ed Sullivan Show is greatly associated with the 1960s because of the HUGE acts he showcased. The Beatles, The Rolling Stones, Barbra Streisand, Elvis…Not only was he a star, he was a star maker. His was, by no means, the first variety show. However, it was one that featured a wide range of acts — some of them quite edgy. And, because he had such a draw, his show was the source of a lot of our iconic TV moments.

Space may be the final frontier, but the writers of Star Trek blazed some earthly trails in more ways than one. They had a cast of characters who represented different nationalities, ethnicities, and species (I mean, there are Vulcans). In many of the episodes, the characters confront issues that their earth dwelling counterparts lived with: racism, feminism, war, right for all, etc. Additionally, the show featured one of the first interracial kisses between Captain Kirk and Uhura (not the first, but close).

Oh, and it opened up a whole genre of nerdery to the world at large. I say this as one who has watched most of the Star Trek iterations at least once.

So, did I miss any shows? What shows from the 60s sticks out as a groundbreaker to you? Why?

This is a friendly reminder to pre-order your copy of All Manner of Things! The best place to order it is Baker Book House. After placing your order, make sure to enter your receipt number into my pre-order giveaway form. You could win one of three pretty sweet prizes! Each order is another chance to win!!!!