Today, I’d like to introduce you to April McGowan. Her first novel, Jasmine, just released in paper back. Go on over and check it out! 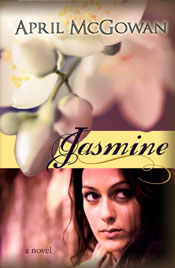 Jasmine tells the story of a women returning home after having run away twenty two years earlier to escape the abuse of her father. On the rocky path to attempted reconciliation, she has to face lost memories, the family she abandoned, and the boy (now man) who never gave up hope that she’d return one day. She’s been a counselor for at risk women for many years, helping those that remind her so much of herself. The last thing she ever wants to do is go home again— but the death of her mother forces her hand. As soon as she hits town, she’s confronted with the last thing she expected: people who loved and missed her. Perhaps none more than her brother, Bill.

“You want to tell me where you’ve been all this time?” Bill questioned.
Gentle, but direct. He’d been like that growing up. She looked over her shoulder to
see where Elsie was.
He could read her then, too. “She’s gone to give the kids baths. We’re on our own.”
“I don’t know how much you want to know.”
“I know Lily and I ran out on you. Why don’t you take it from there?”
Her eyes locked to his. “What do you mean?”
“I mean, as soon as we were old enough to leave, we did, and we didn’t look back.”
“You always checked in with me.”
“Yeah, but I didn’t come back. I didn’t offer to get you out of there. I didn’t ask anyone for help with Dad’s drinking.”
She watched her hands as she rubbed the tension building inside her out through her fingers. Bill kept mentioning the drinking. Maybe he didn’t know. Maybe no one did. “I got myself out of there.”

Have you ever wondered what it’s like for kids who feel they have nowhere to turn but the streets? In researching what happens to runaways for my novel, Jasmine, I was shocked to discover how quickly these teens are inducted into sex-trafficking by those lying in wait. Within 48 hours of being on the street, nearly 1/3 of runaways have been approached by pimps. They are befriended, showered with gifts, and honored so they end up trusting the last person they should.

Within a few days, they are demoralized, often raped, beaten, threatened and enslaved by that same person. They don’t leave because they fear for their lives, or they’ve been so mistreated they have no hope of a future.

Sometimes pimps don’t wait for the kids to run away. They hang out at the mall, or at the edge of the school grounds and prey on the loneliest, the ones that feel like outcasts. They give them attention and make them feel special. They are devious in their manipulation—and they’re good at it. After all, it’s all about making money, and these kids are their chunk of a 32 billion dollar a year industry (internationally).

Even more horrifying to me was that when caught in stings by police, most of these under-aged victims are shackled, charged and arrested for prostitution. Many are back on the streets, and back under the power of their pimps within months if not sooner. Only 11 states have Safe Harbor laws—not only protecting the children under the age of 17 from arrest, but helping them get into programs that will keep them from returning to their pimps and help them heal from the physical and mental abuse they’ve succumbed to. If you’d like to help change those laws, please click here  and sign the petition to make 2013 the year of change for these victims.

Jasmine’s life took a turn for the better because someone reached out to her and protected her when she needed it most. For many of these kids, there’s no one there reaching out, or at least they don’t think so. They can’t look ahead to hope anymore because they are so mired down in the degradation of their lives.

There are wonderful agency’s out there, though, that give these kids and homeless women a hope and a future. Two I know about are Door To Grace  and Shepherd’s Door. Or you can search for a place in your own community. Please donate and let them know that hope isn’t so far away. 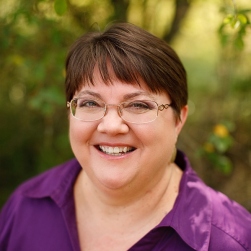 About the Author: April McGowan loves to read and write inspirational fiction. She made her début into publication with Jasmine. She and her husband, two children, and her mews, Spookers, live in the beautiful Pacific Northwest. April is a member of Oregon Christian Writers and American Christian Fiction Writers. When she’s not writing, homeschooling her two children, or playing board games, you might find her at her drum kit, imagining she’s on a world tour. Hey, it could happen. Follow April on her blog at http://aprilmcgowan.com.

8 Comments on “So Far Away – Guest Post from April McGowan”