Dorothea Lange, The Dust Bowl, and Taking Notice of History

Posted on October 5, 2015 by Susie Finkbeiner

During The Great Depression the U.S. Government commissioned photographers to travel the country, chronicling the human element of how The Crash impacted the different regions.

Dorothea Lange and a few others spent a good deal of time in the Dust Bowl region (Oklahoma, Texas, New Mexico, Colorado, Kansas). What resulted were scores of photos which put a face on those suffering in the midst of a huge ecological disaster. 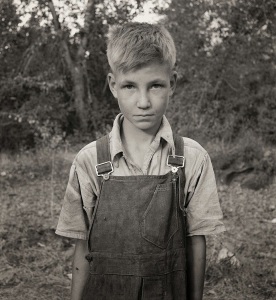 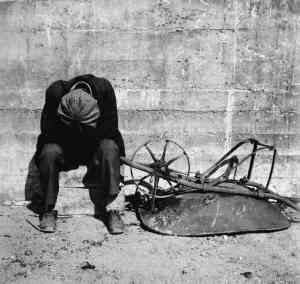 These photos and many more were published in newspapers read across the nation. Along with the pictures were the stories of the people. It humanized the Dust Bowl for those living far away from it. It inspired others to send help to those hurting so badly and suffering so much.

That’s the power of showing. The power of giving a name. Of telling a story.

And I think that’s one reason I had to write A Cup of Dust. Why I needed to tell Pearl’s story.

I needed to give the Dust Bowl folks their chance to say, “See what happened here? See how we survived. What we lost. What we gained. See what you can learn from us about love and loyalty, faith and grit, loss and hardship?”

We have so much to learn from them. And I don’t want their voices to fade.

Their story is our story. It’s time we took notice.

(To learn more about the history of the Dust Bowl, I recommend reading Tim Egan’s The Worst Hard Time and watching Ken Burns’s documentary The Dust Bowl)

You can order the Pearl Spence Novels  from Baker Book House or wherever books are sold! The final installment of Pearl’s story, A Song of Home: A Novel of the Swing Era releases soon.

5 Comments on “Dorothea Lange, The Dust Bowl, and Taking Notice of History”