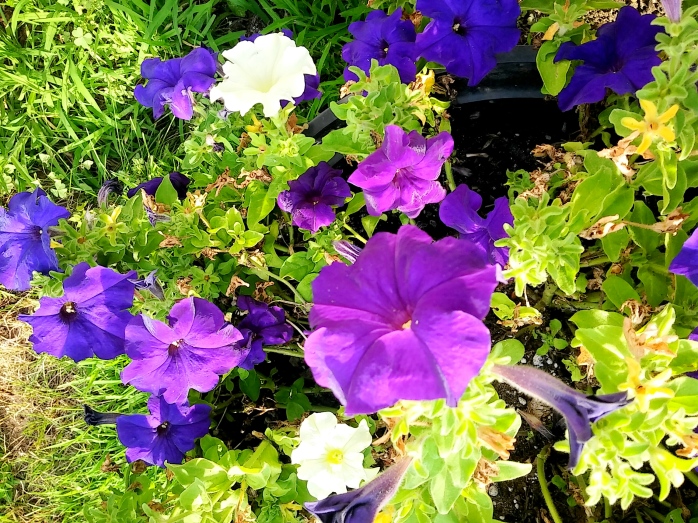 If you’ve been around for awhile you know that I kill all plants. My one success story is my little succulent plant named Muley Graves (he’s named after a character from The Grapes of Wrath – let me show you my nerd card).

Well, my hubby and kids gave me the prettiest potted plant for Mother’s Day. Gorgeous purple flowers as big as the palm of my hand grew out of it. So pretty.

It’s going to die, I thought.

A few weeks ago, I thought it was the end of the road for the pretty potted plant. The soil had receded somehow, all the purple flowers were looking puny, some of the stalks had browned.

It was a good run, I thought as I pinched off the dead and gave it a little water.

The next day? The plant was good as new! All it had needed was a little love.

Over the weekend I looked at the novel I’m writing and thought it was time to pull the plug. I’d drafted an email to my agent saying that it wasn’t a good story. I couldn’t fix what was wrong. It was done.

The big problem? There’s a publisher who is considering picking up the novel. If I were to pull the plug now, it might be taking my career out at the knees, too.

I prayed. Or, rather, begged God to help me out.

I looked at what was crunchy in the story, what didn’t work. I cut all that off. If something didn’t need to be there, I took my scissors (literally) and cut that scene out, tossing it in the trash. I made a list of what needed fleshing out, what needed to happen in order for this novel to work.

Then I went to bed.

The next day? The novel was more alive to me than ever before. I understood it. I knew why I needed to write it. And I got why it had to be NOW.

I realized that there was a purpose for this story and that God could use it. Whew.

But not when there’s still life in them.

As long as there’s even the slightest bit of life, there’s hope.