Posted on December 15, 2014 by Susie Finkbeiner 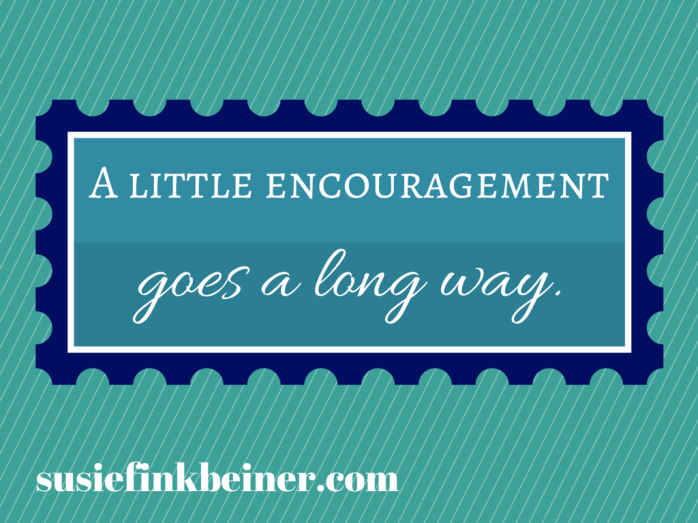 I have three kids. My daughter is 8 and my boys are 6. I have never witnessed a jealous moment among them. Never an insult or a harsh name. They argue, but never with a mean spirit. They are best friends.

And they are each others best cheerleaders.

The other day, my daughter was selected to sing in a microphone for a school assembly. She was nervous. She didn’t think she could do it.

Her little brother sat at the table through that discussion, eating Cheez-Its and drawing. I didn’t think he was listening.

Well, I didn’t think that until the next morning on the way to school.

We had Christmas music playing and the kids were singing along. After one of the songs ended my daughter said, “I think that lady had a pretty voice.”

I turned down the radio and we talked about how people who sing for a living have to work really hard and practice a lot.

“Well,” my son said, turning in his seat to look at his sister. “I like the way you sing.”

“Oh, thank you,” she answered. “That was really nice of you to say.”

“I’m glad you get to sing into a microphone.”

You know, since that tiny, back-of-the-van conversation, she hasn’t said one word about being afraid to sing in front of the school. She has, in fact, bubbled with excitement over it.

And all because of a little encouragement from her kid brother.

Who can you encourage today?

10 Comments on “A little encouragement”