Living the Story — Band in a Cargo Van

Posted on September 8, 2014 by Susie Finkbeiner

As a novelist I spend a good deal of my time thinking about the lives of fictional characters. It can be tempting to let my life become absorbed in stories that are not mine. I have to be intentional about living my own story. 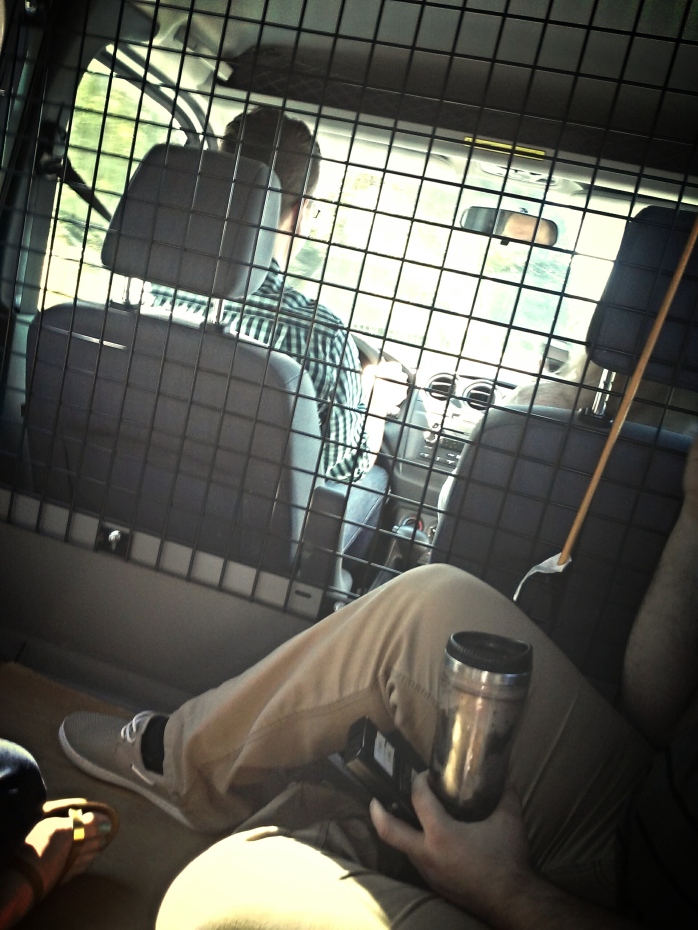 Sometimes you end up in the back of a cargo van on a Sunday morning with a group of talented musicians.

Well, I guess sometimes I do. Or, really I should say, once I did. And that once was yesterday.

As much as it looks like we were in the paddy wagon (which is how some musicians would end up in the back of a cargo van…on their way to JAIL), we were on a mission to rescue someone very important.

The short of it is that he, the drummer, was out to rescue his wife from a broken car when he ran out of gas (this is no surprise among artists…it happens to us often, which is why we got in the cargo van. Several of us were close to dry on our tanks as well…including me).

Andy Ferris (worship minister/rock star and childhood friend) loaded us in the van and we drove away down the streets of Cascade, Michigan.

I think we might have gone a mile in the back of that van. In that time, we laughed, worried about the lack of seat belts, laughed some more, marveled at Andy’s cargo van driving skills, and got to know each other a little better. They fella next to me in the plaid? He thought I was 28.

We rescued the drummer and drove the mile back to the church with more laughter than I expect that cargo van ever heard.

Our trip took us no more than 15 minutes. But, in that time, we had an experience that bonded us a little. Did we save the world? Nah. But we did help out a drummer (the dude in the sunglasses). Did we share some deep meaning about life and God? Nope. But we did have ourselves a few much needed giggles.

Some days I get all wrapped up in the to-do of life. I get hyper focused on my editing and making sure I get to the school to pick up the kids and worry that I’m packing my kids good lunches…and the wheel goes around and around of my routine. Other days I’m plunged in the darkness reported on the news. Doesn’t it some times seem as if the world is just going to explode?

But we have these moments, these short episodes of life that bring wide smiles and belly laughs. Times when we connect with other people in a way that reminds us of the good that still moves and breathes and exists in this world.

And that, my friends is all a part of living the story.

3 Comments on “Living the Story — Band in a Cargo Van”