Tour of a Funeral Home 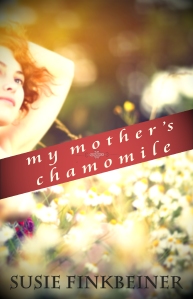 The concept for My Mother’s Chamomile popped into my mind when my husband’s grandmother died.  I had all kinds of passion for writing a novel about funeral directors.

I knew very little about them.

Even less about what went on in the business.

To be quite honest, I was terrified by what I’d learn. Also, I had that picture in my head of a jolly man embalming some poor old lady with no gloves on. And eating a sandwich. Telling jokes. Applying far too much blue eyeshadow on the body.

You know what I’m talking about. Right?

I didn’t want to paint that picture of funeral directors. I wanted it to be accurate.

So, I called the funeral home that helped us with Jeff’s grandma’s funeral.

“Hi. So. I’m a writer and I’m writing a novel about funeral directors.” My heart beat so fast and I was sure I’d vomit.

“Hold on. You’re doing what? Why would you do that?” Then he paused. “Just a moment. Let me get John.”

I waited. Considered hanging up. Finding a different topic for a novel. Like rainbows and the unicorns that trot on top of them. Just as I was about to wimp out, I heard a voice on the line. A warm, heavy Michigan accent.

“So, you’re writing a novel about funeral directors?” He asked. “Can you come over to the funeral home next Tuesday?”

I wondered what a girl wears to visit a funeral home. Black? I figured I couldn’t go wrong with that.

Tuesday came. John G. met me at the door. He was just as kind and welcoming as I imagined. I’m telling you, the Michigan accent is a warm one. He told me I could put my things in the office. He wanted to start by giving me a tour.

First the chapel. It had a few chairs. A couple lamps. No casket. Whew.

Next, what he called the “display room” (where they keep the sample caskets), the break room (where the family can go and rest, have a cup of coffee, keep food for between viewings), the garage (I almost asked if I could take a joy-ride in the hearse…but thought he’d kick me out).

“Sure.” I thought the prep room was where they kept the paper masks and robes and things. You know. The preparation things.

Boy. Was I wrong.

The first thing I saw was the porti-boy. That’s the machine that pumps the…ahem…fluids out and in. It was clean. Thank goodness. Then, the stainless steel embalming table. Really, it looked like an operating table. I pretended that was all it was. He pointed out different things. The closet where they keep the fluids. The sink. Tubes and instruments and make-up. Everything sterile. Super clean.

Then he turned and touched something.

It was open. A woman was inside.

But she didn’t have the make-up on. The make-up gives the appearance of life. It makes the decedent (a.k.a. the person who died) look asleep.

Without the make-up, it is impossible to deny that the person no longer has blood or oxygen or life.

I had the feeling that I shouldn’t have been there. Looking at her. Seeing her.

And in that exposed state, I heard the stories of the funeral director.

How, at one of the funeral homes, he’d lived in an apartment on the upper floor of the building. How hard it had been for his daughters to hear the crying of the mourners. How difficult it was to keep the girls quiet during viewings and funerals.

How he’d had to embalm a set of brothers who’d been in a farming accident. How he’d had to tell the parents that they couldn’t be viewed. How that had broken him. He’d never be the same after that.

How he couldn’t go to the grocery store in his small town without people avoiding him. Some wanting to know “too much” of what went on. How he felt different. Other.

In that prep room. The porti-boy across from me. Make-up tray to one side. Woman in the casket on the other. There I learned about life. Compassion. Mercy. Serving others.

As John walked me out to my van, he said in his kind, Michigan accent,

“I heard this quote somewhere. I don’t remember who said it. Maybe Thomas Lynch. You heard of him? He’s a funeral director and poet from Michigan.” He pointed at me. “You should read his books. Anyway. He, or somebody, said, ‘Funeral directors close the eyes of the dead and open the eyes of the living’. Isn’t that something?”

Yes. Indeed. That sure is something.

Live with your eyes open.

15 Comments on “Tour of a Funeral Home”